Museum of the Army - Les Invalides

The Dome of the Invalides resembles a golden crown, a tiara that sits on more than 300 years of history. Behind its imposing façade, the complex unfolds itself, with its wings, courtyards, churches and infirmary. One of the major architectural creations of the reign of Louis XIV, today the Invalides welcomes guests to the Musée de l'Armée and its incredible historical treasures: armour and cuirasses from the royal collections, artillery and trophies from all ages, as well as ultra-realistic miniatures of French victories. But the museum is also worth visiting for its architecture and its dome, which soars to a height of more than 100 metres. The renown of the Invalides also owes much to an illustrious guest: the Royal Church of the Dome has been hosting the Emperor Napoleon I and his tomb for over a century and a half.

Opening Hours of the Army Museum

Further information regarding the opening of the museum:

Warning! The admission desk closes 30 minutes before the museum closes.

The first stone of the Invalides was laid by the Sun King himself in 1671. It is the second most important building of his reign, second only to the Palace of Versailles. The Royal Hotel of the Invalides was a bequest of Louis XIV after his death. For the first time in history, a sovereign organised a place of retreat for the relief of veteran soldiers in the event of old age or illness.

Before the Invalides opened, soldiers were housed in monasteries or wandered in towns, causing social problems. Thus, when Louis XIV created the Hotel des Invalides, he was responding to a genuine security problem with modern solutions.

The 100 metres high dome is a marvel of art and architecture. Its most original element was the inclusion of cupolas that were generously adorned with gilding and celestial allegories. Saint-Louis is depicted in an ermine mantle at the foot of Christ, along with a sword and coat of arms - both symbols of power.

The Tomb of the Emperor

On December 15, 1840, the ashes of the Emperor Napoleon I were interred with great pomp at the Invalides. At this point in history, the Royal Church of the Dome changed its vocation to become the mausoleum of the Emperor. The sarcophagus is very impressive: 18 tons of red porphyry from Siberia were laid on a granite base while, on the ground a laurel wreath recalls the great victories of the empire. The circular gallery also lists the works of Napoleon, his codes, laws and his greatest achievements. 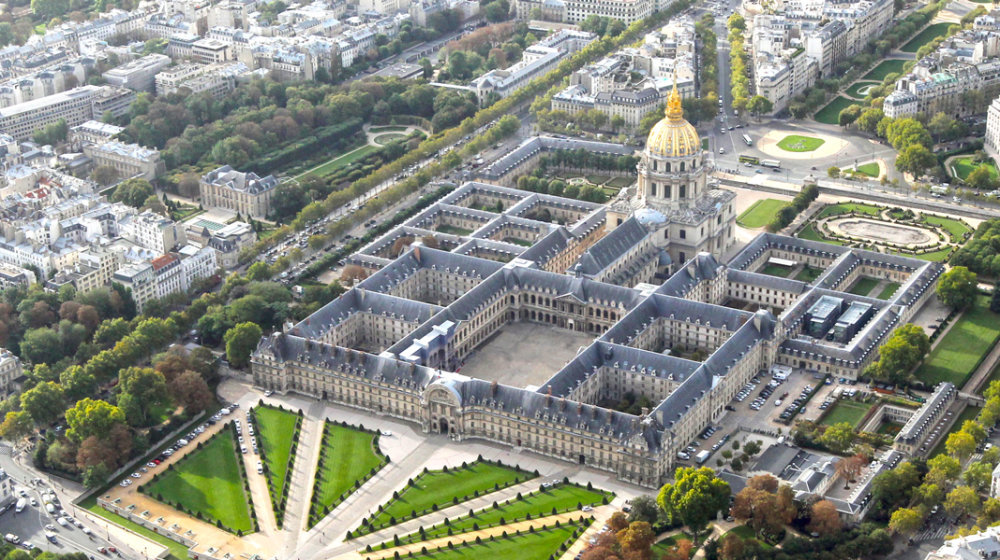 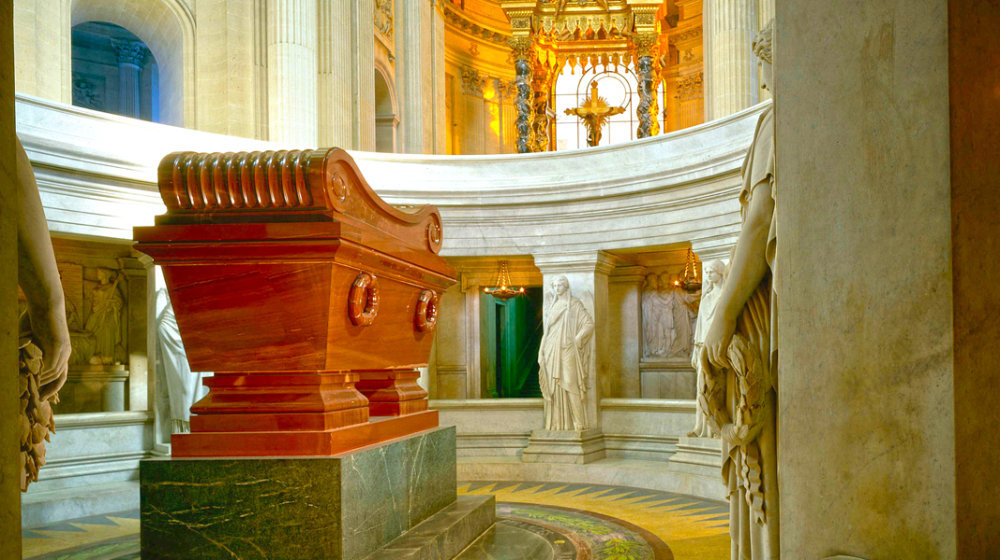 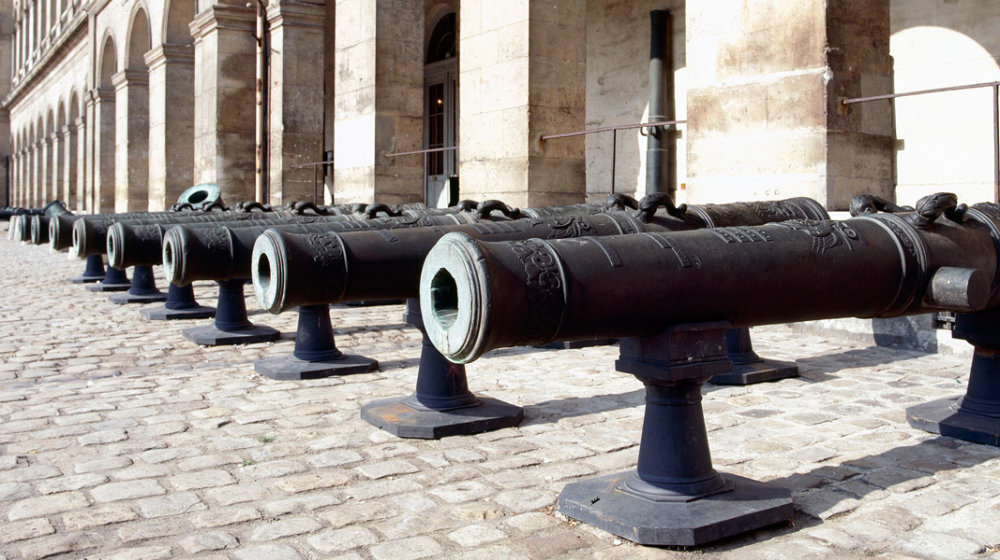 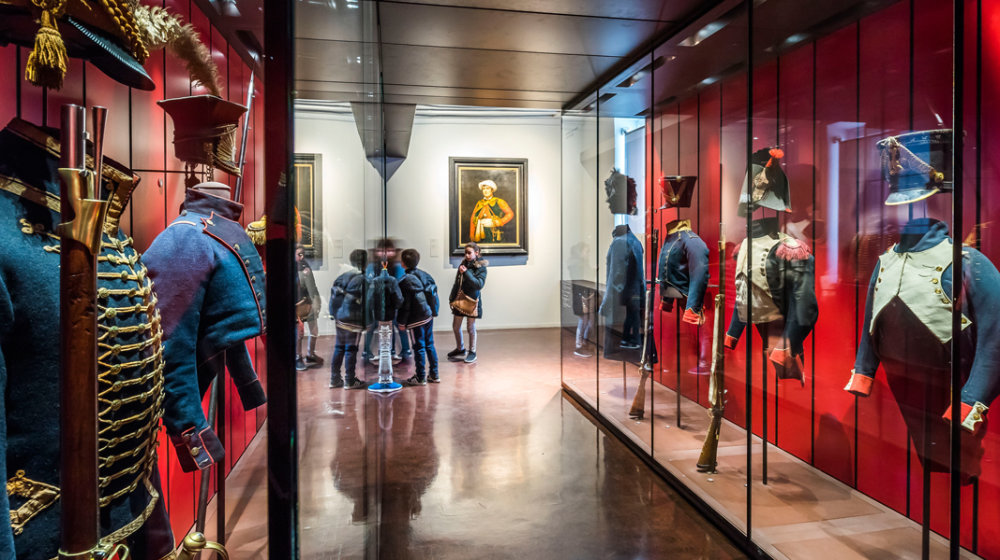 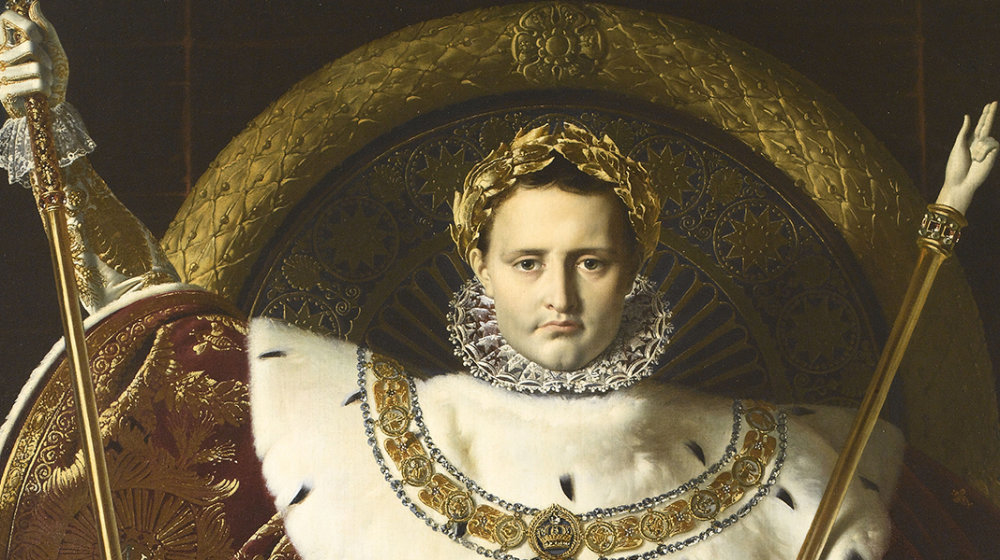 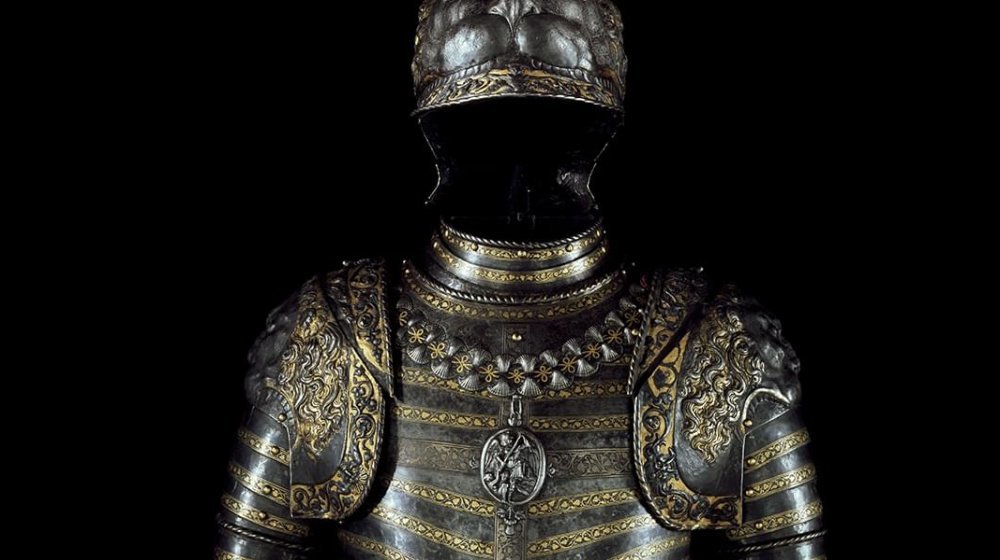