From
€11.50
From
Book now
Reservation

Welcome to the castle of Azay-le-Rideau, a gem of the Loire Valley that was inspired by the Italian Renaissance. Built during the reign of Francis I, this is a royal castle but was built on a very human scale, and is certainly one of the most well-known French historical sites. Welcoming over 300,000 visitors every year, it is also a masterpiece of the nineteenth century, and has been classified as a historical monument since 1907.

Providing a verdant setting for the château, the English-style park of the Château d'Azay-le-Rideau inspires romanticism and poetry. It is ideal for romantic walks and testifies to a quiet, tranquil lifestyle, allowing you to enjoy every moment you spend there.

The Château is open every day except January 1st, May 1st and December 25th.

The Château of Azay-le-Rideau in a few words

« As I climbed a ridge, I admired for the first time the castle of Azay, as if carved from diamond in its setting by the Indre, mounted on piles, and masked with flowers." Honore de Balzac described the château of Azay-le-Rideau in Le Lys in the valley.

However Henry James' ode to the beauty of the castle is perhaps the best way to soak up the special atmosphere and beauty of this historic monument :

« Azay is a most perfect and beautiful thing : I should place it third in any list of the great houses of this part of France (…). It consists of a large square corps de logis, with a round tower at each angle, rising out of a somewhat too slumberous pond. The water - the water of the Indre - sur- rounds it, but it is only on one side that it bathes its feet in the moat. On one of the others there is a little terrace, treated as a garden, and in front there is a wide court, formed by a wing which, on the right, comes forward. This front, covered with sculptures, is of the richest, stateliest effect (...). On the hither side of the bridge is a garden, overshadowed by fine old sycamores, - a garden shut in by greenhouses and by a fine last-century gateway, flanked with twin lodges. (...). The staircase passes beneath one of the richest of porticos, - a portico over which a monumental salamander indulges in the most deco- rative contortions. The sculptured vaults of stone which cover the windings of the staircase within, the fruits, flowers, ciphers, heraldic signs, are of the noblest effect. The interior of the chateau is rich, comfortable, extremely modern; but it makes no picture that compares with its external face, about which, with its charming proportions, its profuse yet not extravagant sculpture, there is something very tranquil and pure. I took particular fancy to the roof, high, steep, old, with its slope of bluish slate, and the way the weather-worn chimneys seemed to grow out of it, like living things out of a deep soil.»
(Henry James – A little tour in France – 1884). 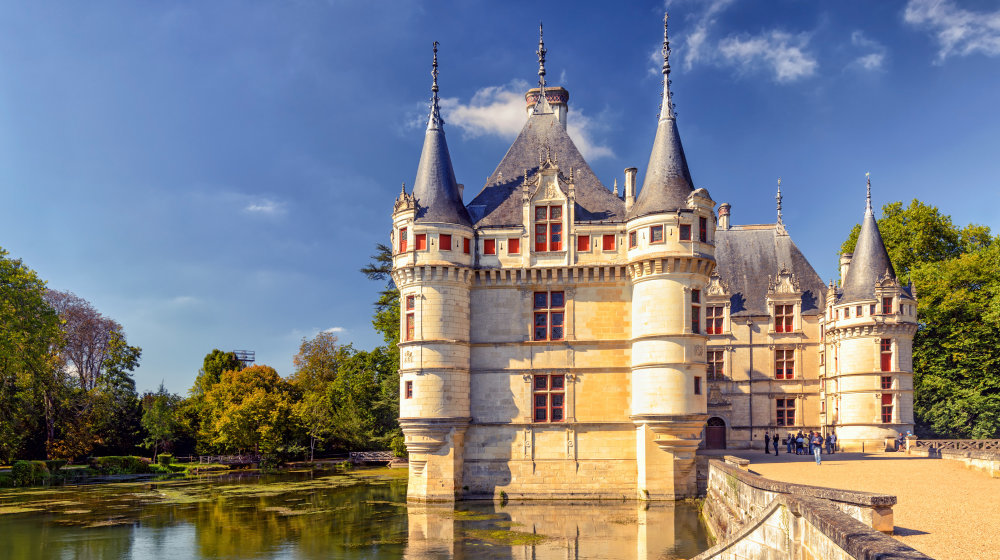 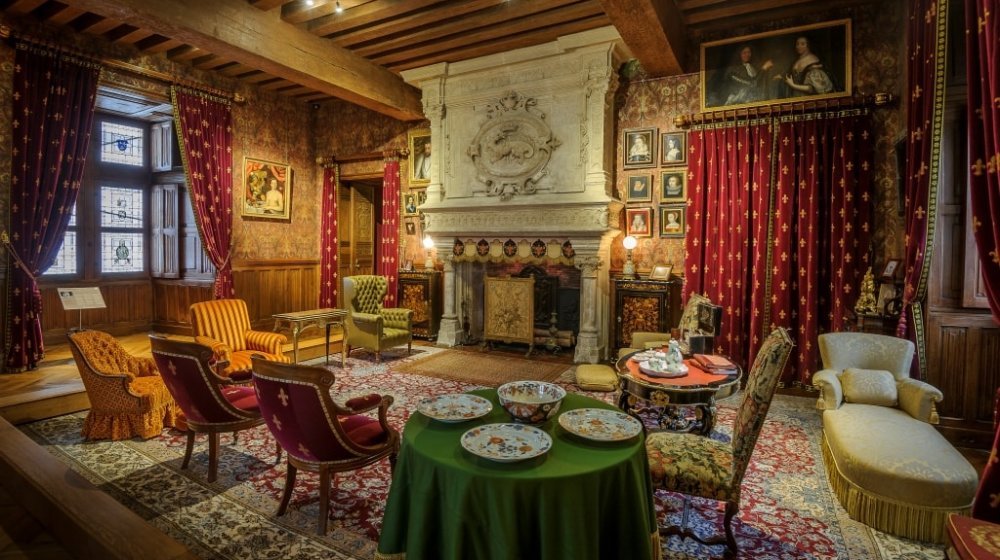 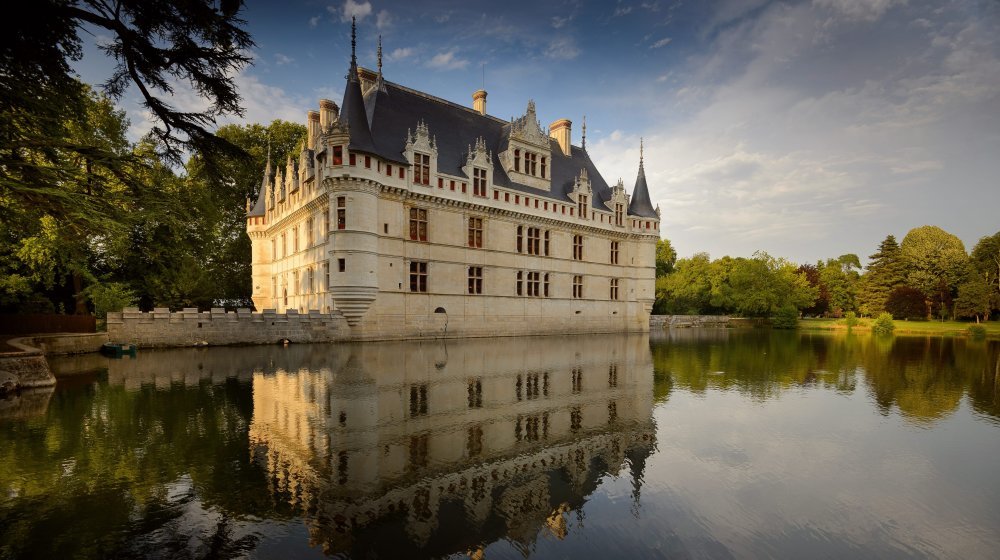 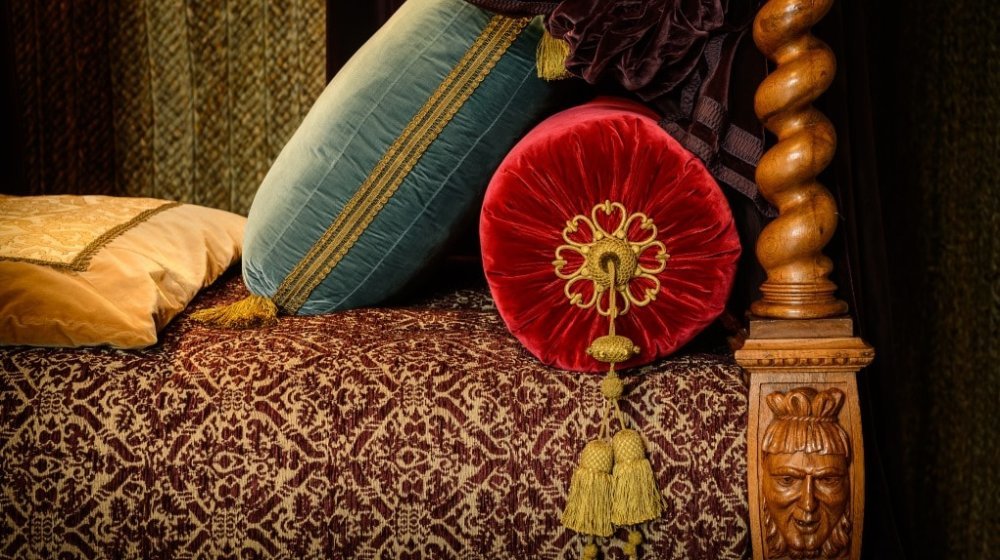 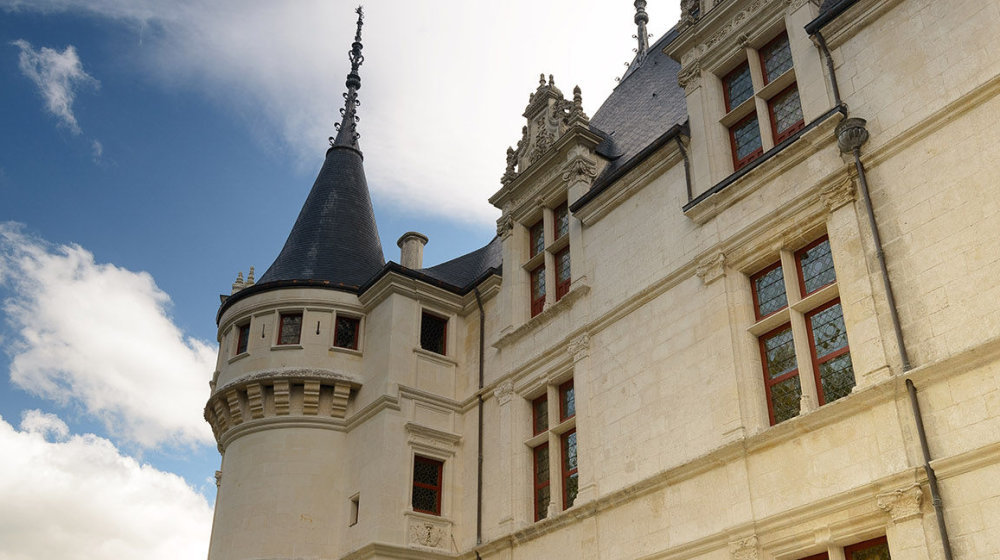 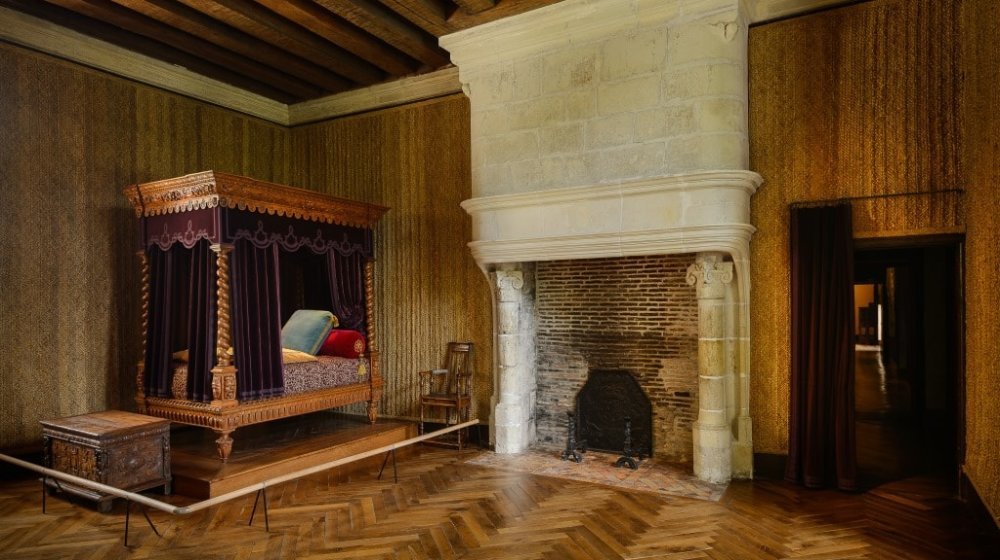