The Covered Passages of Paris

Extremely popular with visitors, although sadly often overlooked by Parisians, who prefer their modern shopping malls, the covered passages of Paris bear silent yet elegant witness to the history of the City of Light. 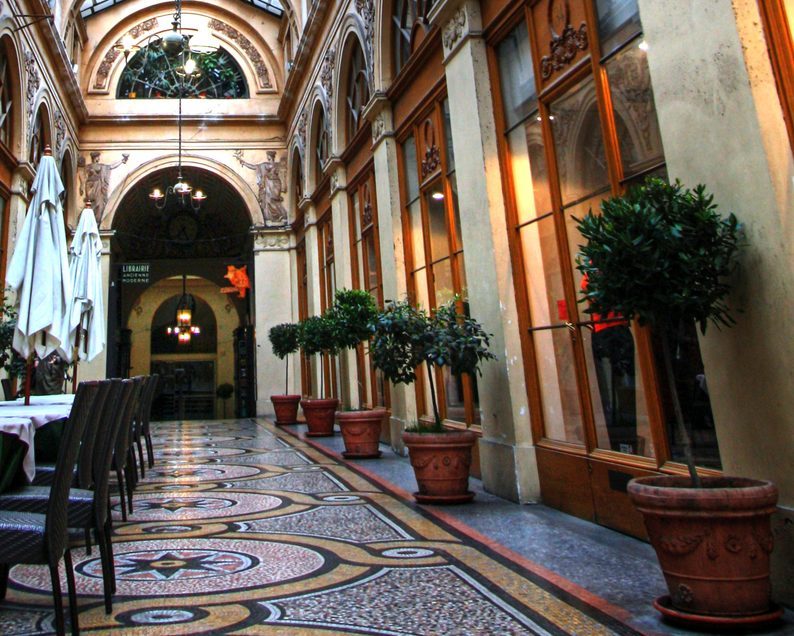 The traditional and picturesque charm of these privately owned covered shopping arcades is evocative of another era; that of Victor Hugo, Gustave Flaubert and other great figures of French history. In the early 19th century the streets of Paris were often dirty and malodorous places scarcely conducive to pleasant shopping expeditions. The covered passages were built so that the wealthier clientele of the city could browse at leisure while remaining sheltered from inclement weather and protected from the bustle and grime of the city. Most were established on the Right Bank, close to the Grands Boulevards with their glass roofs, mosaic floors, marble pillars, rococo decor and air of luxury, these opulent arcades were highly esteemed by affluent Parisians, who appreciated the elegant boutiques, temptingly refined restaurants, exclusive art galleries and genteel tearooms to be found in gleaming profusion within. 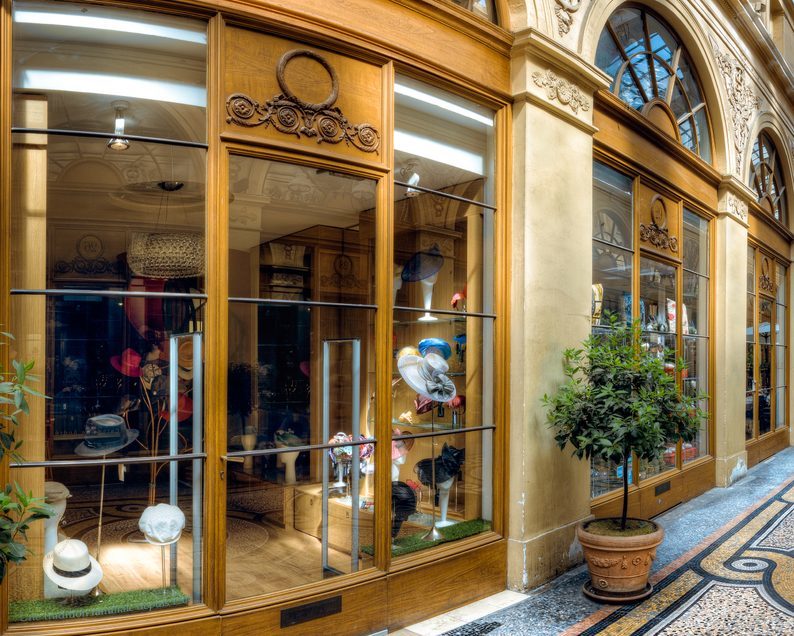 ...but couldn’t resist the rise of the department stores.

Most of the covered passages of Paris were built just before, during or after the Restoration period, between 1800 and 1850. Erected between buildings and roofed in glass to allow in plenty of natural daylight, their characteristic architecture was illuminated by gas lighting after dark, and many of the original lighting fixtures still remain today. At the height of their popularity in the mid-19th century there were some 150 such passages criss-crossing the heart of Paris, many being interconnected.

The increasing popularity of department stores in the second half of the century caused a decline in custom for the covered passages, many of which fell into disuse or were demolished during Baron Haussmann’s renovation of the city, when wide avenues came into favour. Today only 25 of these iconic shopping malls of yesteryear remain, but they continue to enchant locals and visitors alike, having been carefully preserved or lovingly restored as befits such a much loved aspect of the architectural and historical heritage of Paris.