A History of the Bateaux-Mouches

It’s easy to see why settlements established along navigable rivers had their major monuments and most impressive buildings erected not far from the banks of those rivers. Waterways were the main mode of transportation of people and materials long before the invention of the wheel, and even after that innovation it was still easier to transport building materials by water. Thus we see many of the great historical wonders of the world in close proximity to waterways. Paris certainly fits this pattern, as shown by the Eiffel Tower, the Louvre, the Orsay Museum, the Conciergerie,  the Hotel de Ville and Notre Dame Cathedral. These renowned buildings are all on the Seine, delighting visitors and strolling lovers who can see, right before their eyes, the history of the City of Light unfolding along the banks of the river.

The mention of a cruise on the Seine conjures up images of the bateaux-mouches (fly boats), a name that has spread beyond the borders of France, and an experience that simply must be included in the itinerary of a visit to Paris. Yet behind this iconic Parisian mode of transport is concealed a fascinating story that is inextricably interwoven with the great history of France. 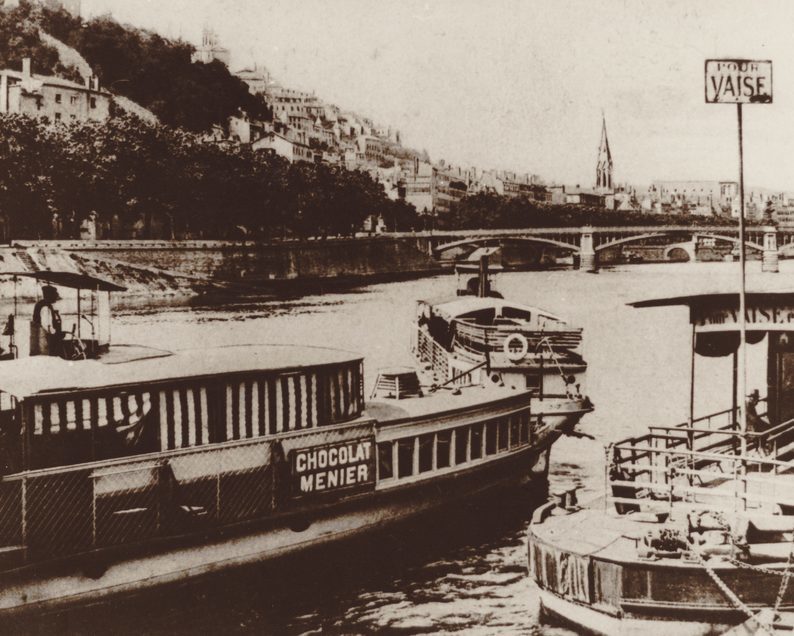 The Origin of the term Bateau-Mouche

The origins of the term bateau-mouche can be traced back to the 19th century and the banks of the Saône river in the southern suburbs of Lyon. Various tributaries of the river, known as mouches, were filled in to clean up the city. These then gave their name to their neighbourhood, which came to be called La Mouche. From there it was only a short leap to the local riverboats being referred to as mouches, a name that is recorded as being in use from at least 1862. The bateaux-mouches swiftly grew in popularity, mainly due to the ingenuity of Messrs Chaize and Plasson and the passenger transport boat company which they founded and named, naturally enough, the Compagnie des Mouches. Plasson then executed a business masterstroke when he offered the organisers of the 1867 Universal Exhibition in Paris the use of his company’s riverboats to transport visitors on trips along the Seine during the event. Thirty bateaux-mouches were dispatched to Paris via the Saône and proved to be a huge success with Parisians as well as visitors, thanks in part to the endorsement of guests such as Tsar Alexander III and his two sons, the grand dukes, whose daily doings were related in detail and followed avidly in the tabloids of the time.

The earliest extant mention of the bateaux-mouches in print is by Paul Bert in a posthumous work dating from 1887, who describes them as follows: "The river boats carrying passengers on the Seine, crossing Paris and the suburbs, are propeller boats powered by steam. They carry 300 to 400 passengers both in their cabins and on deck. Due to their swiftness and inexpensive ticket prices, they render a great service to the population of Paris." (Paul Bert, Lectures and Lessons, 1887). At that time the bateaux-mouches were not predominantly tourist-oriented, but simply a form of cheap, reliable and convenient transport used by the public in traversing Paris on an everyday basis.

However, the supremacy of the Bateaux-Mouches was short-lived. Their popularity came about largely as a result of the Universal Exhibition of 1867, and the technology they embodied soon became obsolete, especially when the Paris Metro was established. The opening of the first Metro line linking Porte de Vincennes to Porte Maillot in 1900 sounded the death knell for everyday public transport on the Seine. But it wasn’t the end of the bateaux-mouches. 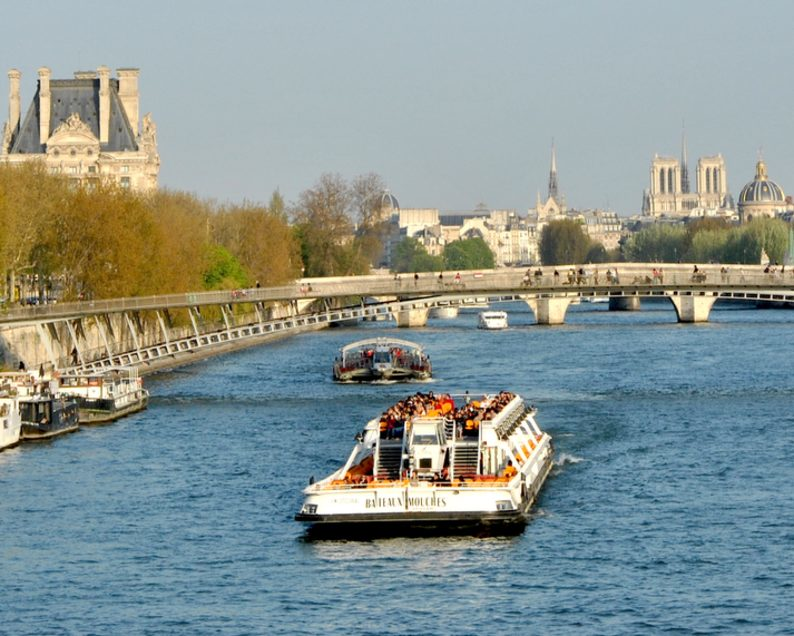 The innovative and creative Jean Bruel had a pioneering spirit, as well as a sense of humour. He saw there would be a revival of travel and tourism following the end of the Second World War, and he wished to ensure that his beloved City of Light would be at the heart of such a renaissance. Purchasing one of the last remaining steam-powered bateaux-mouches, left over from the 1900 Universal Exhibition, Bruel founded the Compagnie des Bateaux-Mouches® in 1950. At the same time, in a shrewd move, he trademarked the term Bateaux-Mouches. A clever and inventive marketing campaign followed in which a fictional founder of the Bateaux Mouches, Jean-Sébastien Mouche, was dreamed up. In collaboration with a famous journalist of the period, Robert Escarpit of Le Monde fame, a fictional biography of Jean-Sébastien Mouche was concocted in which he was linked with Baron Haussmann and credited with creating a network of secret agents called the Mouchards. On April 1st, 1953, a grand opening took place in which the Minister of Transport and the Prefect of Paris paid tribute to the bravery and brilliance of the entirely imaginary Bateaux-Mouches founder, an event extensively reported in the media. River tourism in Paris was truly launched.

Book a Bateaux-Mouches experience in Paris