Did you know that the northern suburbs of Paris contain one of the most beautiful of France's historical treasures? The Basilica Cathedral of Saint-Denis houses the tombs of every French king since Dagobert, and is the most incredible royal necropolis in the world. Within the basilica, you will discover more than 1,500 years of history, featuring the tombs of no less than 43 kings and 32 queens. Their monumental tombs are arranged underneath both the Gothic vaults of the cathedral and the Romanesque vaults of the crypt.

Largely unknown to the general public, the Basilica of Saint-Denis truly deserves to be visited in the same way as the Cathedral of Notre-Dame. Often overlooked, it is the finest monumental masterpieces of Gothic art.

Opening hours of the Basilica of Saint-Denis

Entrance is free for:

The history of Saint-Denis begins with the story of Denis, a Christian martyr who was decapitated in the third century. According to legend, he then walked with his head in his hands to Saint-Denis, where his tomb was located. Later on, the basilica was built around it to preserve Denis' memory. Four centuries after that, King Dagobert established the tradition for kings and queens to be buried beside Saint Denis. The thinking went that to be buried near the tomb of Saint-Denis would guarantee eternal life and entrance to paradise.

Over the centuries, idealised statues of kings and queens gave way to more realistic portraits. Real mortuary masks appeared and, in the Renaissance, tombs showing the bodies of the dead kings at the moment of their death. At the end of the eighteenth century, the revolutionaries removed the royal remains from the tombs and put them in a common grave. However, they now rest together in the basilica, including remains attributed, rightly or wrongly, as those of Louis XVI, Marie Antoinette and the dauphin Louis XVII.

The basilica traces more than 1,000 years of French monarchy and certainly deserves to be better known. 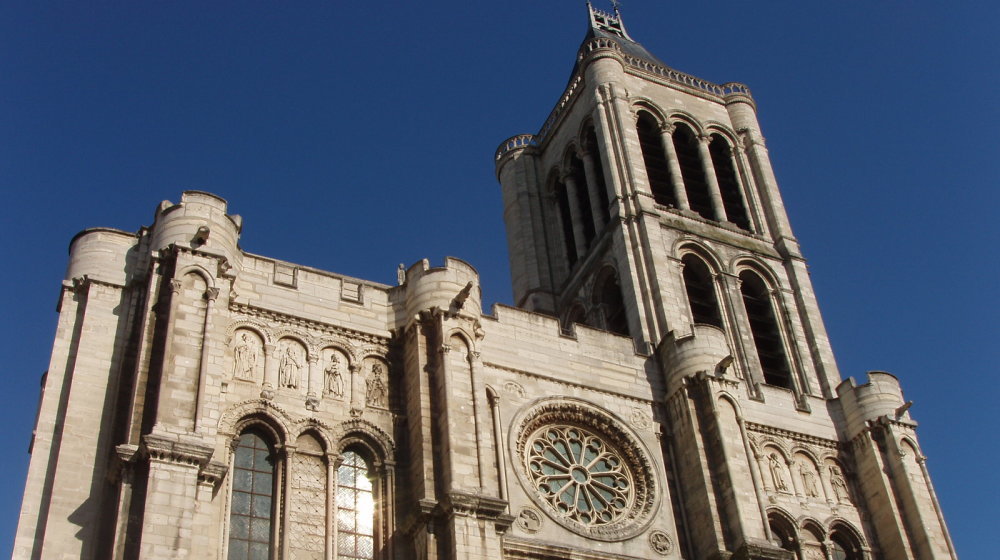 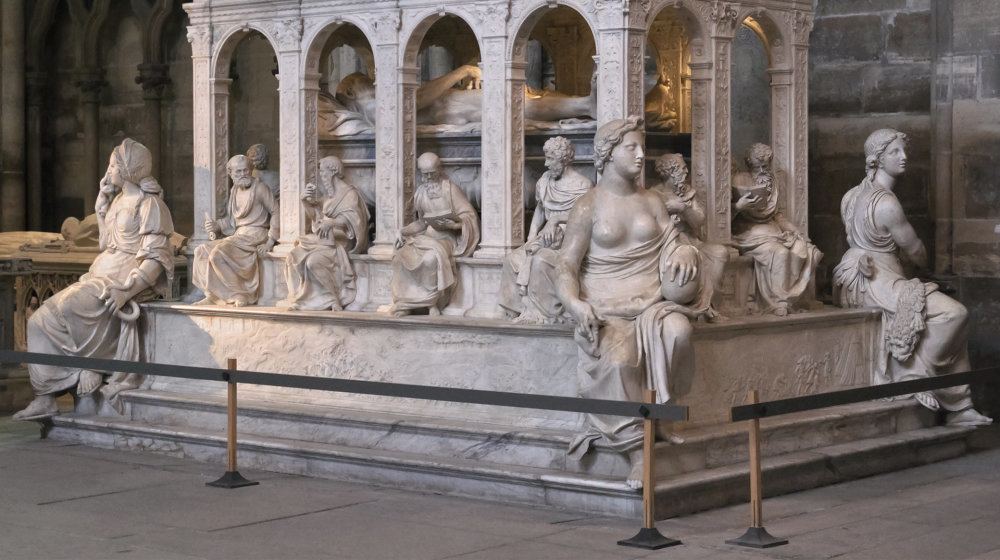 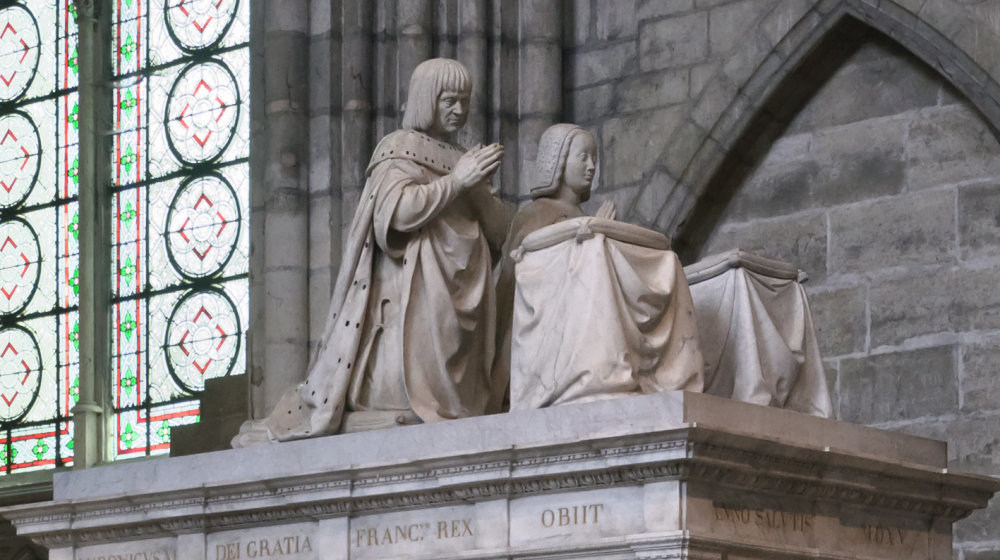 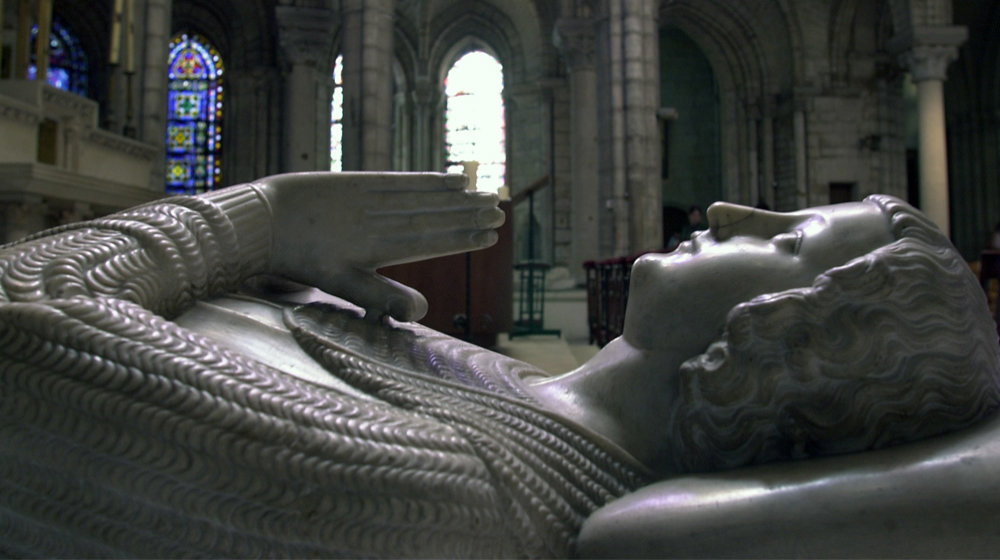 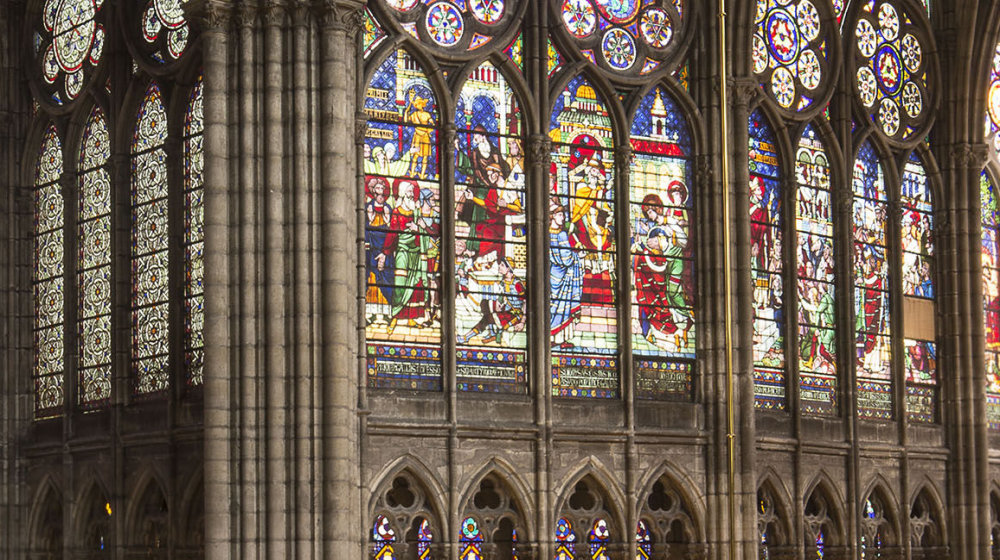 Where is the basilica of Saint Denis?

How to get to the Saint-Denis Basilica?

The Saint-Denis basilica is easily accessible from Paris with metro line 13 (which serves in particular Saint-Lazare station). From Gare du Nord station, take RER D or Train H line. By bus, lines 11, 153, 239, 253 and 274 stop there. The T1 tram line also passes near the basilica.

Why visit the Basilica of Saint-Denis?

The church hosts the graves of all the kings and queens of France in the royal necropolis. From Clovis to Louis XVI via Pépin le Bref, Isabelle of Aragon, Philippe le Bel or Louis XIV, the tombs and recumbent figures immerse you in the history of France in the times of kings. We also go there for its magnificent architecture, it is a jewel of Gothic art.

What is the price to visit the Saint-Denis Basilica?

The entrance fee to the royal necropolis of the cathedral basilica of St-Denis is 9.5 euros for adults. Admission is free for children, 18.25 year olds (EU and regular residents), people with reduced mobility and their guide.

Can we visit Saint-Denis Basilica for free?

Access to the royal necropolis of St-Denis Cathedral is free for everyone every first Sunday of the month from November 01 to March 31.

What are the visiting hours of the Saint-Denis Basilica?

The cathedral is open all year round excluding annual closing days which are January 01, May 01, November 1 and 11, December 25. Some religious services force the closure of the monument. Opening hours vary. In general, access to the royal necropolis is possible from Monday to Saturday from 10 a.m. and Sunday from 12 p.m. and at least until 5 p.m.