History of the Crazy Horse

The Crazy Horse is a temple to the female form, a place with its own mythology that celebrates the nights when the City of Lights becomes the City of Delights - and all situated just steps away from the Champs-Elysées. More than 60 years on from its founding, the Crazy Horse is constantly reinventing itself, with more and more variations on the endlessly fascinating theme of feminine sensuality. This is the story of a cabaret like no other... 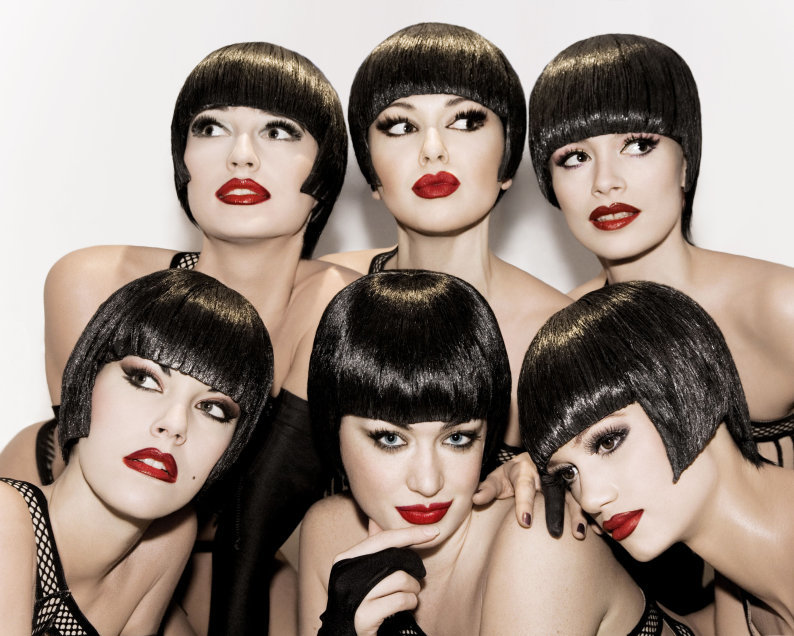 The origins of the Crazy Horse myth

It all began on the night of May 19, 1951, when Alain Bernardin, a man who celebrated both the female form and the avant grade, opened the doors of the Crazy Horse at 12 Avenue George-V. This was a parisian cabaret where women's bodies, seductively displayed, always with the essence on art, were at the heart of something entirely new. There's no doubt that the young ladies performing under the Crazy's lights captured the hearts of the audience, but this was no cheap strip joint. Erotic paintings adorned the walls, the furnishings were lavish, while traditional cabaret performed by some of the top variety artists of the day - magicians, ventriloquists and singers - took over the stage while the girls were preparing for their next piece. By tradition, the only cabaret artists allowed on the stage during these intervals have been men. That's how a certain Charles Aznavour made his name at the Crazy Horse.

The 1960s brought the emancipation of women - and the loosening of morals. The sexual revolution was well and truly underway and the Crazy Horse became part of it, with a new edge and a new modernity added to its shows. Each cabaret number had its own elaborate design, with specific choreography, stage decor and spectacular lighting. You might say that this was the true beginning of the legend of the Crazy Horse as we know it today. 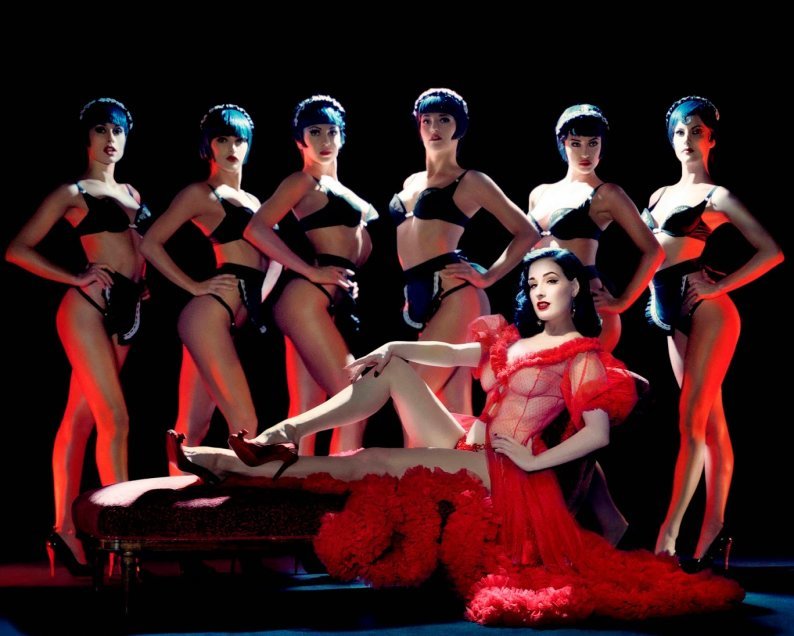 After founder Alain Bernardin passed away in 1994, his children - Sophie, Pascal and Didier Bernardin - continued the proud tradition of the Crazy Horse in memory of their trailblazing father. For its 50th anniversary in 2001, the Crazy Horse galloped away from France for the first time. Destination: Las Vegas! Success on the Las Vegas strip was the crowning glory of the Crazy Horse's achievements. Four years later, the Bernardin family decided they needed to move on, and they sold the Crazy Horse. A new team headed by Andrée Deissenberg took charge of what had become the world's most renowned cabaret venue. He undertook to preserve the legend, while adding to its artistic allure. "I don't want to revolutionize the Crazy," he said, "but I do want it to evolve, to wake up, to sparkle once more." His strategy: to invite some famous names to perform as guest stars on the famous stage. In October 2006 the new era of the Crazy began as the extraordinary Dita von Teese, diva of international striptease and icon of charm, premiered her debut show at 12 Avenue George-V on a night of extraordinary sensuality. More prestigious shows with top name guest stars followed: Arielle Dombasle, Pamela Anderson, Clotilde Courau, Carmen Electra, Noémie Lenoir and many others helped to re-ignite the Crazy flame. The crowds packed in, drawn once more by the allure of the Crazy Horse.

Inspired by this renewed success, the new cabaret team decided to do more. In 2008, choreographer and dancer Philippe Decouflé was commissioned to expanded the Crazy Horse repertoire. That spring the collaboration bore its first fruit: a show called 'Desires' that drew on the past of the Crazy Horse while drawing in the new traditions of contemporary dance. More innovation came in March 2012 as the Crazy Horse invited its first Guest Creator into the Crazy family. The celebrated fashion designer Christian Louboutin, renowned for the signature red lacquered soles of his label's shoes, directed four new tableaux, inspired by everything from hip hop to the masterpieces of the art world. 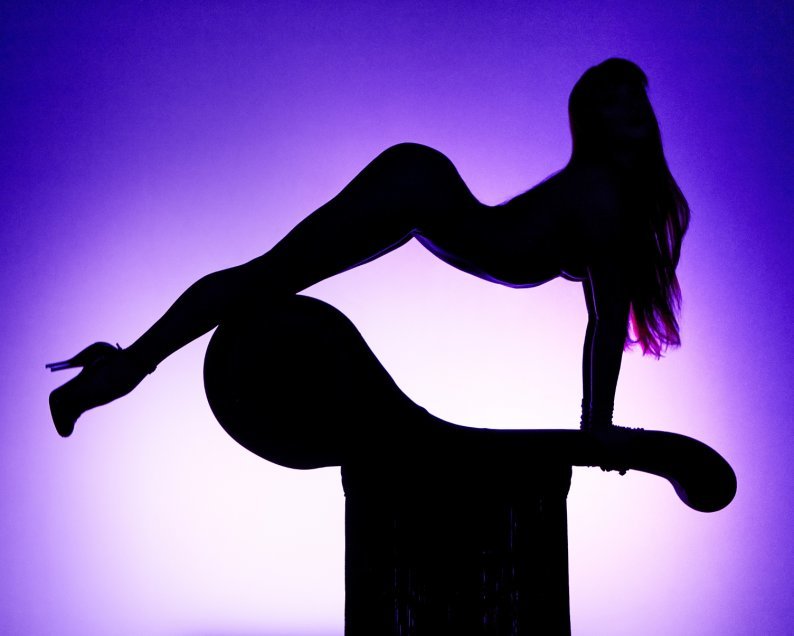 Beauty rules at the Crazy

To become a "Crazy lady", aspiring performers have to meet exacting criteria, designed to quicken the heartbeat of those who are privileged to witness their performance. Club rules say these icons of beauty must be between 1.68 and 1.72 metres in height - no more and no less - with long legs, and a proud - and natural! - chest with its two points 21cm apart and a navel 13 cm above the pubic region. This may sound as if beauty is being reduced to mere numbers, but what the Crazy calls its "Golden Rules" have worked for more than six decades - and have been revised over the years to include both dancing and acting skills, with, above all, added sophistication and personality. If the criteria are met, all of the dancers then assume the Crazy's signature identity: they wear a brown or blonde wig, square cut, with a fringe framing their perfect faces. Lips are trimmed with passionate red, and, on their feet, the most vertiginous of heels complete the perfect fantasy image of beauty. 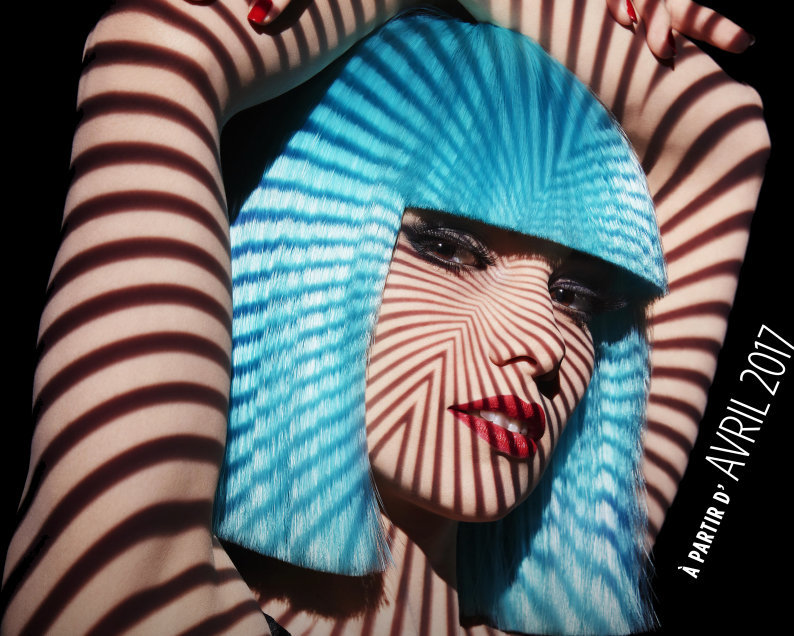 Visitors soon discover that the Crazy Horse is conceived as a bubble. This place is a world apart from the bustling streets of the City of Light, guarded by two burly doormen. Beyond them, you walk down a staircase, through two swing doors and then onto a a soft red carpet, with warm lights beckoning you further in. This is the cocoon of the Crazy Horse, with servers already at your table, offering Champagne. The lights dim, the room is plunged into darkness: Let the show begin!