The best museums in Paris

Paris is home to no less than 136 museums, including art galleries, charming historical homes and the apartments of famous artists. From painting, sculpture and photography to contemporary art and science, there's something for everyone to enjoy. As well as their superb exhibitions that attract visitors from across the world, Parisian museums also constantly host temporary exhibits which become ever richer, more creative and innovative. It all comes together in a collection of attractions that makes Paris the cultural capital of the world.

While some of Paris' museums require a small entrance fee, it's handy to know that many are free throughout the year, while others offer free admission on the first Sunday of every month.

This is our selection of the French capital's major museums, all of which draw massive crowds due to their unmissable attractions. Because of this, we suggest that you book tickets in advance to avoid having to queue for admission. 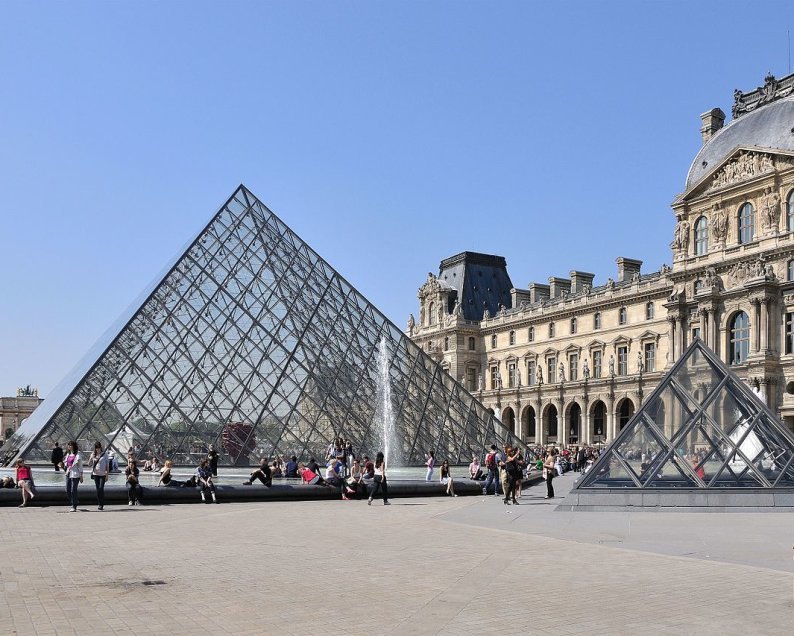 The largest art museum in the world, the Louvre boasts an exhibition area of 72,735m². Originally a fortress, then a royal palace, it has now become a world-famous museum, with its iconic glass pyramid situated in the impressive Cour Napoleon of the Palais du Louvre.

The Louvre specialises in the art and artefacts of various civilisations throughout history. In total, there are over 460,000 items on display, which are divided into eight departments: Egyptian, Greek, Etruscan and Roman antiquities, paintings, sculptures and other works of art from the Middle Ages, along with art from the Renaissance, the Islamic World and the Modernist era.

Famous items in the collection include the Mona Lisa, the Venus de Milo, the Raft of Medusa, the Winged Victory of Samothrace, the Seated Scribe and the Code of Hammurabi.

Useful information: The museum is open every day between 9am and 6pm, except on Tuesdays. Evening openings take place until 9:45pm on Wednesdays and Fridays.

Make admission easy and save time by booking Louvre Tickets including priority access. 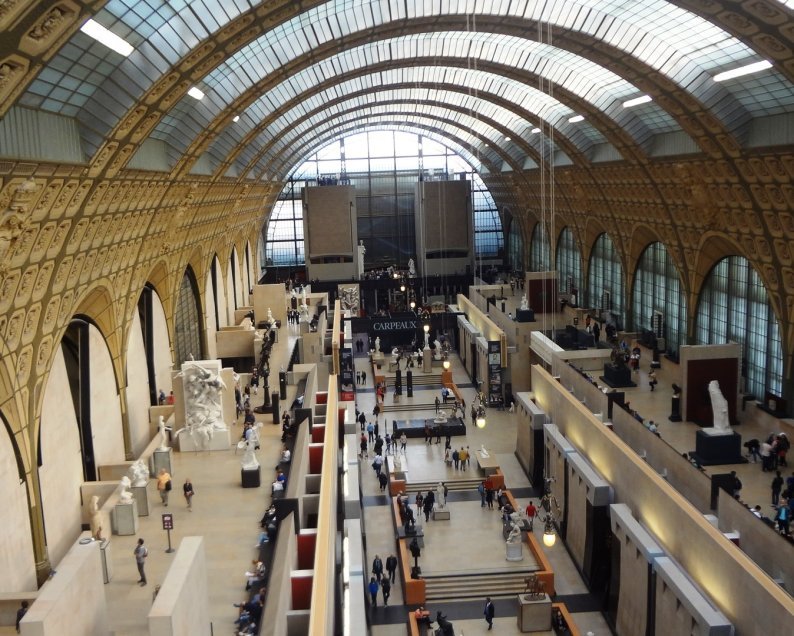 Like the Louvre, the Musée d'Orsay is a must-see Parisian attraction. Located on the banks of the Seine in what used to be the Orsay railway station, which is famous for its instantly recognisable golden clock. The museum specialises in western artists of the 19th century, including a world-class collection of Impressionist and Post-Impressionist works, while other spaces are devoted to sculpture, photography and graphic art.

Useful information: The museum is open every day between 9:30am and 6pm, except on Mondays. It also opens until 9:45pm on Thursdays. 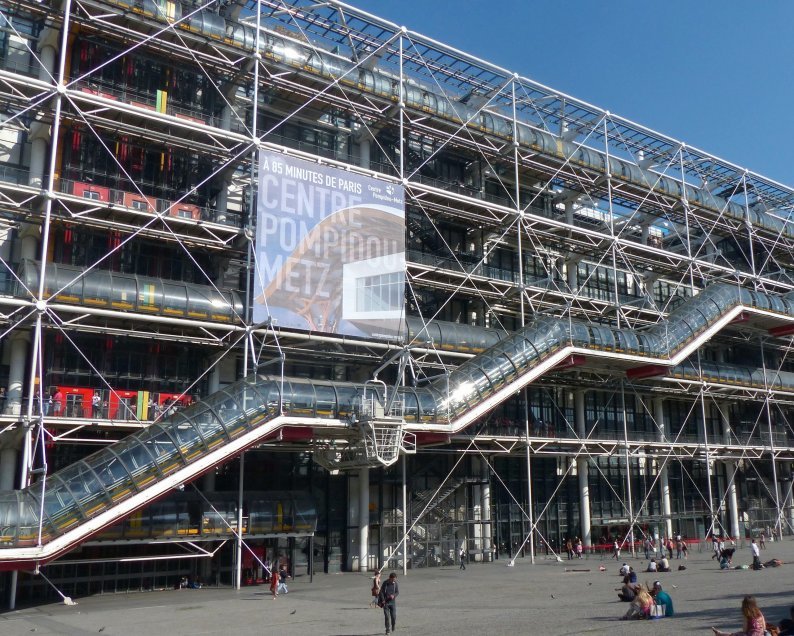 The Centre Pompidou or Beaubourg, is located at the heart of the city, between the districts of Les Halles and the Marais. The main building is unmistakeable due to its coloured exterior pipework. Each pipe has its own colour scheme: blue for air conditioning, green for water, yellow for power cables and white for ventilation ducts. The 6th floor also provides beautiful views of the Parisian skyline, including the Eiffel Tower.

The Pompidou Centre is home to one the world's great collections of modern and contemporary art. Across its eight levels, you will find a constantly changing variety of temporary and retrospective exhibitions, including artists like Matisse, Kandinsky, Warhol, Klee, Munch and Soulages.

Useful information: The museum is open every day between 11am and 10pm, except on Tuesdays. It is also open until 11pm on Thursdays. 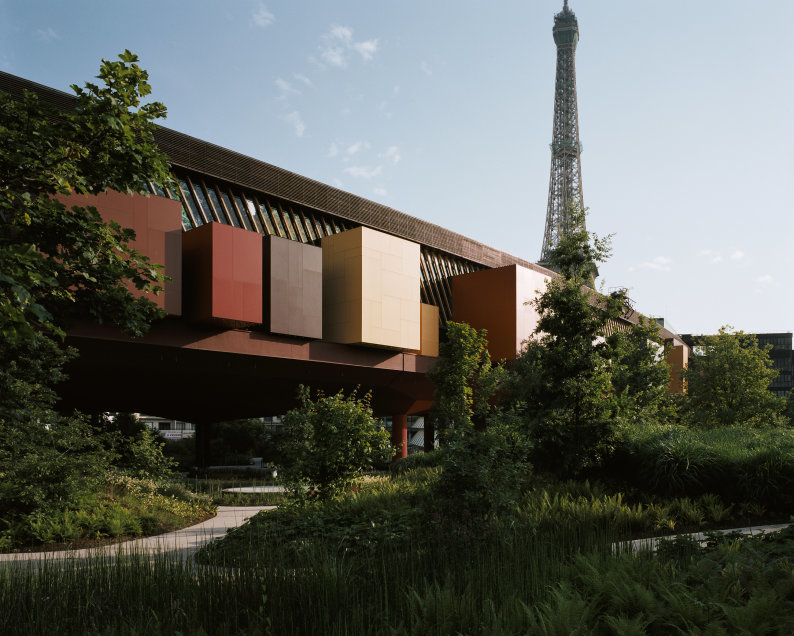 The Musée du Quai Branly is the newest of Paris' four major museums. Opened in 2006 by Jacques Chirac, and located right next to the Eiffel Tower, it features a striking main building designed by Jean Nouvel with silk-screened glass facades. Another impressive building is covered with a wall of vegetation, overlooking a gorgeous garden.

With a total exhibition space of ​​40,600m², the Musée du Quai Branly is devoted to the culture and artworks of non-western peoples in Africa, the Americas, Asia and Oceania. It features many rare and surprising objects that offer a unique window onto distant cultures.

Temporary exhibitions form a key part of the museum's schedule, with many debates, shows and cinema evenings on the institution's calendar.

Useful information: The museum is open every day between 11am and 7pm, except for Mondays. It also opens until 9pm on Thursday, Friday and Saturday evenings.

Save time by booking tickets for the Musée du Quai Branly with us for €10, which enable you to access priority entrances.