A History of the Lido

It began by providing entertainment and swimming facilities for the disadvantaged of Paris and went on to become one of the city's most glamorous venues. Today the Lido is rightly celebrated as one of the most prominent cabaret venues in the City of Light. With a perfect location on the Champs-Elysées the Lido shot to fame not least because of its lavish interior decor, inspired by the glories of Venice, and in particular the celebrated Venetian beach from which the cabaret takes its name. 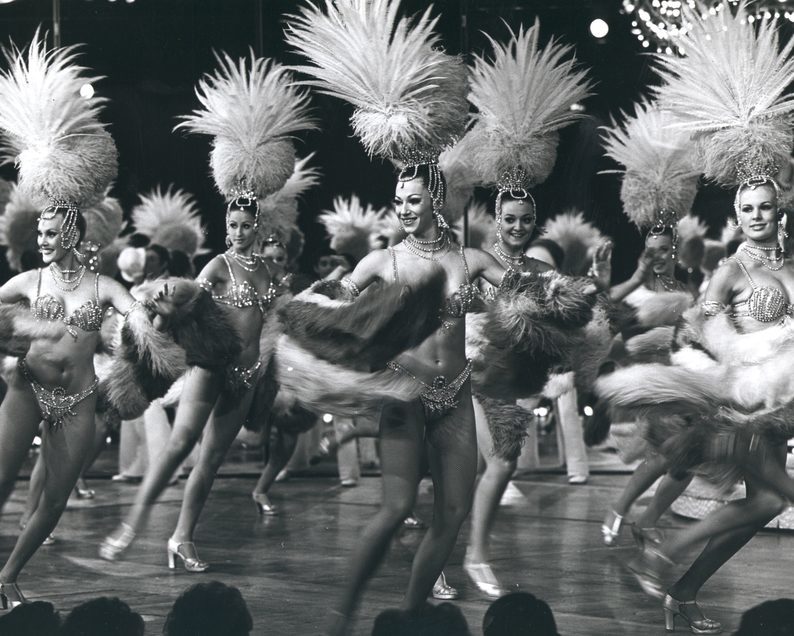 From popular pool to elite elegance

It was in 1933 that the Lido - then known as "the beach of Paris" - was forced to end its first life, as a leisure centre for the masses, because of financial problems. Three years later the era of the new Lido began, when Léon Volterra, renowned in France as a showman and a producer, took over its management. His vision was ambitious: to replace the underground pool with a large cabaret room where the crème de la crème of Paris society would come to be entertained by dinner and a show.

The Lido was an immediate success. Both French and international celebrities packed in to see what this new, glamorous venue had to offer. Together with the Moulin Rouge, the Lido became one of the symbols of indulgent 1930s Parisian nightlife. On June 7, 1941, Paris was occupied by the Nazis, and on that dark night the Spanish ambassador José Félix de Lequerica invited the French writer Paul Morand and the actresses Arletty and Josée Laval to the Lido. Their visit attracted many column inches of newspaper coverage, and gave the Lido a prominence that no advertising could buy. Five years on, after the war ended, Italian brothers Joseph and Louis Clerico bought the Lido and began a huge project totally to redevelop the room for a new era. The first show may have had a curious title - it was called "Without Rhyme or Reason" - but it was an immediate success. Building on this, the brothers came up with the idea of the "dinner show" which would subsequently spread to cabaret venues around the world.

Over the years, the Lido went from strength to strength and in 1977 a new director, Jean-Robert Boudre, decided it was time for big changes. He added some 6,000 square metres of space to the Lido, including a panoramic room, on two levels, which could accommodate 1150 people. A novel new elevator system allowed 300 guests seated at floor level to take full advantage of a better view of the Lido cabaret show. Star after star has appeared on the Lido stage in the years since the Second World War. Laurel and Hardy performed there, as did the Kessler Twins - and in later years, Shirley MacLaine and even Elton John have taken to the famous stage. 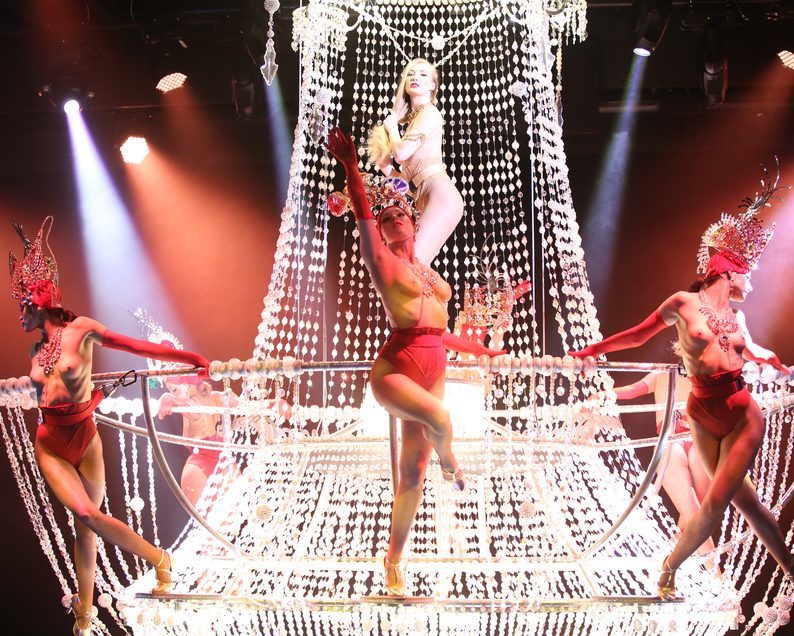 The first Bluebell Girls joined the Lido in 1948. They were the brainchild of one of the greatest dancers of the era, Margaret Kelly, known as Miss Bluebell because of her very striking eyes. Every Bluebell performer was trained in classical dance, but had been rejected for the ballet because they were deemed to be too tall. At the Lido though their height was a major asset - because the Lido cabaret rules require a minimum height of 1.75m.

Slender bodies and extravagant, sensual costumes combined to turn the Bluebell Girls into a Parisian fantasy: gorgeous women exuding elegance and sex appeal. The Bluebell Girls remain an important part of the Lido's mythology, dancers who have made this cabaret a must-see for any connoisseur of Parisian nightlife. All told, some 10,000 dancers have delighted show-goers at the Lido, and still, night after sparkling night, the choreography, costumes and lights - continually renewed and refreshed - offer an unmissable spectacle. In 2010, the Bluebell Girls celebrated the centenary of the birth of their founder, Margaret Kelly, born in June 1910 in Dublin, Ireland. Her extraordinary spirit lives on in every performance as the Bluebell Girls go from success to fabulous success.