A History of the Moulin Rouge

Following the defeat of Napoleon III in the Franco-Prussian War of 1870 and the subsequent economic depression the nation suffered until 1896, France attempted to dismiss the past and heal her scars by diving into a carefree period of celebration and frivolity in which euphoria chased away, at least for the moment, the horrors of war. This intoxicating sense of optimism was felt throughout the country but most fully embraced in Paris, a city known for liberated attitudes. During this time Europe was enjoying a positive momentum that encompassed scientific innovations, artistic and literary breakthroughs, regional peace and social, political and economic progress. The French capital itself was in the midst of reconfiguration and modernisation. Middle class Parisians took advantage of their new-found prosperity and had the free time and disposable income to spend in cafes, cabarets and music halls. This was the period that came to be known as the Belle Epoque. Central to this 40 year golden age was the district of Montmartre, which became emblematic of the time. 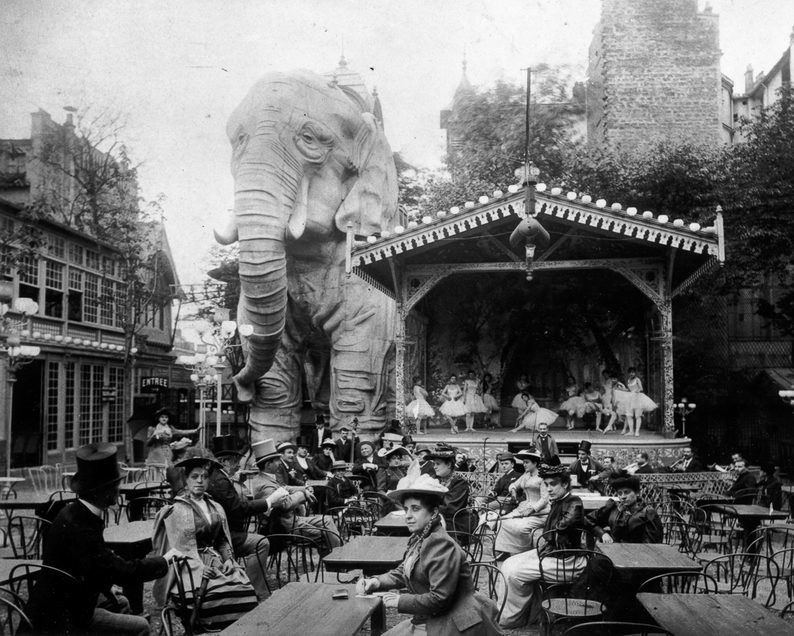 Moulin Rouge, the Birth of a Legend

This was the backdrop against which the Moulin Rouge first threw open its doors to the public on October 6th, 1889. Situated at the foot of the vibrant Montmartre district, the cabaret enjoyed immediate success. It was the vision of two businessmen with their fingers on the pulse of Paris that made it all possible. Joseph Oller and Charles Zidler established a venue for colourful and daring entertainment that could be frequented by people of all walks of life, from the very wealthy to the lowliest labourer. The atmosphere was electric. The bourgeois with a taste for debauchery would go there to fraternise with the ladies of the night. Artists and writers could drink amidst exciting and surroundings while gathering material to inspire their greatest works.

The appearance of the Moulin Rouge (Red Windmill) was instantly recognisable amidst the other buildings in the neighbourhood. It remains so today. A windmill with large rotating vanes painted entirely in red was decorated with the figures of a miller and his wife, who appeared to exchange knowing glances. Within, the place embodied all the glamour and decadence of the Belle Epoque in the City of Light. The walls were hung with mirrors reflecting the light of huge chandeliers suspended from the ceiling. Behind the building was a formal garden to enjoy on sunny days, dominated by a colossal model elephant left over from the Universal Exhibition of 1889. A belly dancer inside the animal proved a real head turner for diners. The extravagant décor, sprung from the fevered imagination of the French artist Adolphe Willette, was utterly unlike anything else. Nowhere could match the Moulin Rouge. 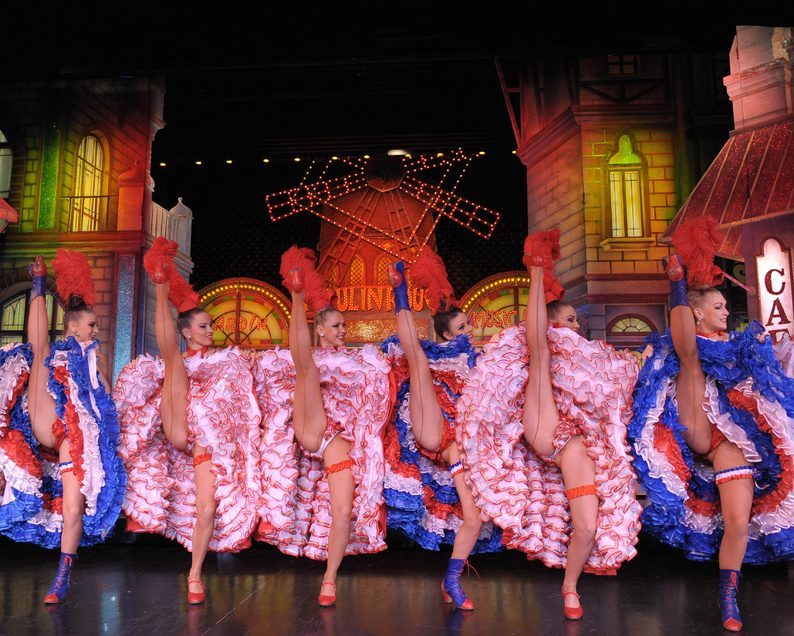 As befitted a temple dedicated to music and dance, the Moulin Rouge showcased the talents of the most renowned dancers of the age. But it was a form of Quadrille created in 1850 at the Mabille Ball by Celeste Mogador which formed the basis of the dance which would become synonymous with Paris, the French Cancan. At this time the Quadrille was immensely fashionable, especially as performed to the music of Jacques Offenbach. Strangely enough, however, it was on the other side of the Channel, in London, that the French Cancan as we know it was created. The music hall proprietor Charles Morton had a dance troupe perform it in 1861, resulting in a dance world furore.

Cheerfully scandalous and charmingly daring, the French Cancan was a frenzy of black stockings, bare legs, garters, frilly panties, lace, high kicks and whirled skirts that was considered quite shocking at the time. Naturally, it enthralled the patrons of the Moulin Rouge. Many dancers such as La Goulue, Miss Jenny and Nini Pattes-en-l’air became symbols of Parisian cabaret, enticing customers in search of frills and thrills. The frenetic scene was captured many times by the great French painter, Henri de Toulouse Lautrec in some of his most famous works.

Book your tickets now for the famous Moulin Rouge show

Book your tickets for the Moulin Rouge