Discover 2 Disney® Parks, enchanted by over 50 attractions, stunning shows, unforgettable Disney Character Encounters and a sparkly celebration* that’s been 25 years in the making. Eat, drink and dance the night or day away in the lively venues of Disney Village®. Tickle your taste buds at more than 50 restaurants across Disneyland® Paris and add a little more sparkle to your stay with our magical extras, smart services and top tips.

Disneyland® Park: This is a magical kingdom, where five magical Lands bring fairy tales to life like nowhere else. Discover sparkling shows, jaw-dropping attractions, a dazzling parade and unforgettable encounters with Disney Characters. It’s a once-upon-a-time experience to remember... happily-ever-after.

Walt Disney Studios® Park: Get ready for lights, camera and a whole lot of action! Slip behind the silver screen and bask in the spotlight, as blockbuster attractions, star-studded shows and memorable encounters add some movie magic to your family’s story.

Regular Rates at the entrance to the Disney® Parks

Disneyland Paris is open every day of the year. However, opening times vary according to season and the Parks may stay open late for special seasonal events.

Non-refundable tickets. No discount or special offers can apply. If you would like to change the period of your visit after you have purchased the ticket, you can do so at the Disney Parks’ ticket offices by paying the difference in price between the ticket and the standard ticket on offer. 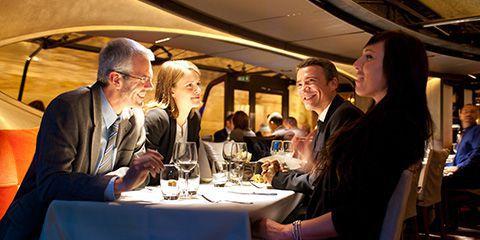 Sapir
5/5
Chip
Published over a year ago
Chip. Good. Send tickets for mail
Evelina M.
5/5
Published over a year ago
First of all I would like to thank the team of Come to Paris! Our trip was like a dream. Paris is more than wonderful and the organization of our stay was fantastic. We enjoy the city tour, Disneyland, the palaces. We will never forget the New Year's Eve along the Seine. The food and the service were perfect. The Ambassador Hotel offered us a comfortable and cosy room. We shall visit Paris again!
Read reviews

Where is Disneyland Paris?

How much are Disneyland Paris tickets?

When is the cheapest time to go to Disneyland Paris?

If you are looking to come to Disneyland Paris for cheap, choose a weekday excluding public holidays and school holidays. In 2022, the days when the price of the Disney® ticket is the lowest are Monday to Friday in the months of May and June, then those in the months of September to mid-October .

How many parks does Disneyland Paris have?

Disneyland Paris have 2 parks : Disneyland® Park and Walt Disney Studios® Park. It is possible to buy a ticket for 1 park only or for free access to both parks. Count 25 euros extra to benefit from the ticket 2 parks.

How to get to Disneyland Paris from Paris?

From Paris, it is advisable to go to Disneyland Paris by regional train called RER. The RER A line (RED color) passes right through the center of Paris and goes directly to Eurodisney in less than 45 minutes.

How much is the train from Disneyland Paris to Paris?

The price of the Paris-Disneyland ticket is around 8 euros for adults, 4 euros for children (from 4 years old). Going to Disneyland or to Paris from Disneyland by Taxi will cost you dearly.

When does disneyland paris open?

To the question is Disneyland Paris open? The answer is always yes! Disneyland is open all year.

Is it worth visiting Disneyland Paris?

Do you have to buy Disney tickets in advance?

It is strongly recommended to buy your entrance tickets for Disneyland Paris in advance! Besides the great possibility of not finding tickets on site, tickets purchased on the day are much more expensive than those purchased in advance! The same day, a 1 day 1 Adult Park ticket is €105 whereas you could have bought it from €62 if you buy it in advance, i.e. 40% reduction on Disney tickets ®!

What time does Disneyland Paris open?

Disney® parks generally open at 9:30 a.m. and close between 8 p.m. and 11 p.m. depending on the period and the day of the week. Early closings may occur on certain special dates when there are evening events requiring special tickets.