History of the bridges of Paris

The true birthplace of the capital, the history of the Seine and its bridges are intrinsically linked to that of Paris and its inhabitants. ‘L'île de la Cité’ is the solid core from which the town has extended over the centuries. The Seine has also seen tens of bridges flourish above it in order to link up the island on the right and left sides of the town. The river separates the east and west sides of Paris for 13 kilometres and today 37 bridges and footpaths cross over it. 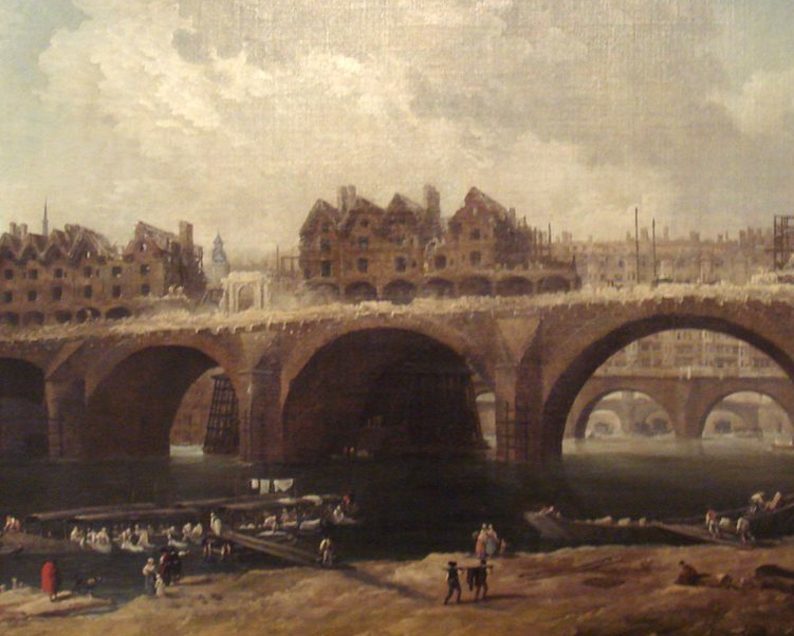 From beginnings to Parisian bridges

From the Parisii tribe (Belgian people living in the region which is now Paris and whose name means “small water boat” in Celtic), to the Romans who gave the town the name Lutetia, or Lutèce, all those who lived on Parisian soil wanted to use the Seine to its full capacity thanks to its possibilities for transport via the river. The Gallic tribe of the Parisii, settled in the region throughout the 3rd century BC, had made the ‘Ile de la Cité’ the heart of their village. After the conquest of Lutetia by the Romans, the town took hold of the left side of the Seine, and extended to the mountain which is now Sainte Geneviève (situated in the ‘quartier latin’). Between 885 and 887, the Vikings besieged Paris, forcing the inhabitants to seek refuge again in ‘l’Ile de la Cité’, now less vulnerable. At the time, only two bridges linked the island to the rest of the town: the ‘Grand Pont’ and the ‘Petit Pont’. The ‘Petit Pont’ was victim to many of the various invasions that Paris has seen. With a length of 40 metres, it was reconstructed in 1850, and is now the smallest bridge in the capital under the name the Petit-Pont – Cardinal Lustiger since 2013.

In the Middle Ages (from the 5th to the 15th century), the people that they used to call “the merchants of water were so powerful that the seal of their corporation became the seal of the town. It was in this period that the number of bridges really started to grow. In the 12th century, King Louis VII brought over craftsmen and money exchangers to the location of the old ‘Grand Pont’ which then became the Pont au Change. Witness to the history and change brokers who exchanged money there, it has kept its name today. In 1413, Charles VI christened a new bridge which he named the Pont Notre-Dame, a bridge linking the ‘quai des Gesvres’ to the ‘quai de la Corse’ on ‘l’Ile de la Cité’.

But these bridges, sturdy works of wood, had to hold the weight of tens of houses, rich boutiques and armouries, to such an extent that it all ended up collapsing. Even if some names and places remain, there are no longer any bridges which were built in the Middle Ages, they have all collapsed under the weight of houses, in fires or floods! 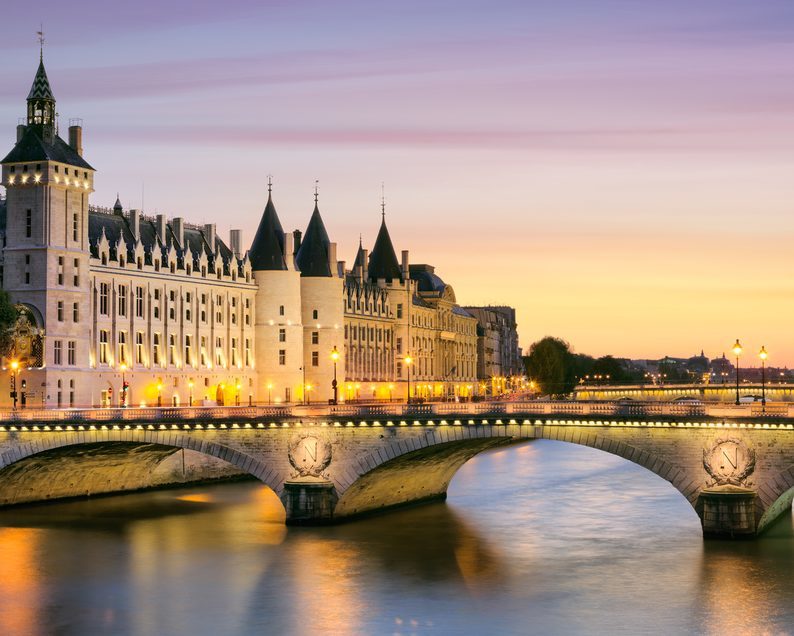 New Bridges along the Seine

In the 17th century, the traffic between the two sides of the capital intensified and it became necessary to build new bridges to relieve the traffic congestion. Thus the Pont Neuf, the oldest bridge in Paris, was completed in 1607, under the reign of Henri IV, and the first stone was placed by King Henri III himself. It owes its name to the novelty of being a bridge built without any houses and with pavements protecting the pedestrians from the mud and the traffic. It is also the very first stone bridge to entirely cross the Seine and not be covered.

In the urbanization boom of ‘l’Ile Saint Louis’, the engineer-entrepreneur Christophe Marie was given the task of constructing a new bridge for his tower. Spread out over no less than 20 years, the construction of Pont Marie, (named after its constructor) was completed in 1635. Fifty houses were built on the bridge. In 1658, the water from the Seine overflowed and destroyed two arches along with about 20 of the houses which were built on it. In 1660 a wooden bridge replaced it to reestablish the circulation of traffic, it was only in 1677, thanks to minister Colbert, that the bridge was rebuilt in stone.

The construction of Pont Royal started between 1685 and 1689, following the plans of Mansart and entirely funded by King Louis XIV – which is the reason for the name that it holds today. This bridge was, in the 18th century, a popular place of celebration in Paris. In this period, the quality of bridge construction progressed greatly and the accidents became more rare. In 1769, Louis XVI finally made the decision to ban all construction of houses on bridges in order to avoid placing too much weight on them. From the construction to the start of the French Revolution, the pont de la Concorde was constructed with stones from the ‘Bastille’, which had been recently destroyed. Expanded in 1930, the ‘pont de la Concorde’ is today the bridge which can hold the most traffic.

In the 19th century, the old wooden bridges were reconstructed in stone to improve their sturdiness. From pont Mirabeau, passing by bridges pont Sully, pont des Invalides or the magnificent pont Alexandre III (built in 1900 for the ‘Exposition Universelle’ of 1900 and celebrating the Franco-Prussian relationship), all the old bridges of Paris from the Middle Ages were replaced by large stone bridges without houses. Some, situated in the same locations as the very first Lutetian wooden bridges, bear witness to the history and the rich past of the capital, while other very recent bridges present a beautiful architectural originality. The Pont Bir-Hakeim, rebuilt in 1905 and sitting on top of a metallic viaduct through which line 6 of the metro passes, is a beautiful example of this.

In order to admire the Parisian bridges as much as possible, we highly recommend a cruise on the Seine, in particular the one with Bateaux Mouches from the ‘pont de l’Alma’ or the Bateaux Parisiens from the ‘pont de la Bourdonnais’, right next to the Eiffel Tower.